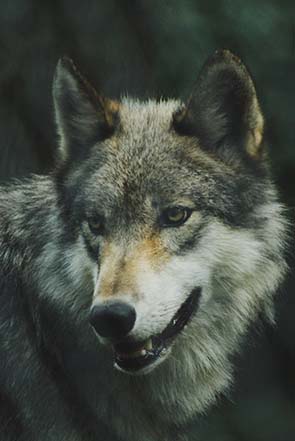 I ended Part 1 about predators entering our urban environments, chasing people and killing pets or livestock, and that they are mostly there for one reason.

Lack of food or as we call it prey, in the territory which they call home.

A lynx primary prey is snowshoe hares, and hare populations are crashing.  Deer are cougars’ primary prey, and in many areas, deer populations have already crashed.  Same can be said about coyotes or black bears.  Wolves are no different, they need prey, and that is what BC is short of.

Fact – when predators run out of food, they all go looking, and many of their stories end on their doomsday missions into our urban areas where all they see is prey, their next meal.

The battle for the hearts and minds of the average person on whether we should manage predators ensures we see and hear about every predator that ends their life in our urban environments.

Wolves, either by themselves or in combination with other predators can dominate in a landscape which is mostly devoid of urban sprawl or industrial impacts to their environments.

One needs to look no further than Yellowstone Park in the USA if you wish to understand the reality of predator/prey relationships.

In the mid 90’s Canadian wolves were re-introduced into the Park after being absent for 70 years.  This re-introduction was justified on the basis that elk had overpopulated Yellowstone and were changing the park’s ecosystem – too many elk for the carrying capacity of their habitat.  About 18,000 elk then called Yellowstone their permanent home, with another 10 – 20,000 coming and going during summer months.

Yellowstone needed an efficient predator to control the elk.

Although much debated at the time, transplants went ahead, wolves settled in, and predictably, they began killing and eating elk.  They also did what wolves do when food is plentiful, they multiplied quickly.

Currently there are about 5000 elk calling Yellowstone as their permanent home.   Most of the elk population reduction occurred between 2000 and 2004 when about 50% died.

Wolf populations varying between about 80 and 110 within the Park boundaries and an overall population of over 500 in the area.

Wolves also did what many predicted would happen.

When they reached their carrying capacity within the Park, they would begin moving out, and with that, predation on ranch and farm livestock would occur.  It did and now, just like we have in BC, disagreements over how to manage wolves.

Fact – when wolves are hungry, they will kill and eat anything that is available. No different than any other predator, including humans.

Fact – wolves successfully breed and increase populations much quicker when prey is plentiful.

Without reciting a whole bunch of statistics and whether Yellowstone’s experience was for the better or worse, one thing is apparent.

Depending upon one’s viewpoint and beliefs, management objectives differ.  And like BC, Yellowstone did not have buy in or agreement on what they were managing for.

How many wolves should there be?  How many elk?  Can wolves be managed when they exceed thresholds, and so forth?

Lots of opinions, lots of theories, and after years of polarized debates, still no agreements.  And for the most part, a polarization that is the cornerstone of the ENGO’s arguments; one they can so expertly exploit in the court of public opinion.

Myth – predator management should stop until the ENGO’s definition of data is obtained.

Fact – there is plenty of data.  Anti-hunting ENGO’s just discount the source as much of it comes from those who live and work in the areas where the lack of prey and domination of predators occurs and is a problem.

If a lie or half truth is repeated often enough, it eventually becomes accepted as the real story.  The story of man and wolf is such one.

Humans and wolves have been at odds as far back as history goes.  Yet, despite centuries of predator control in one form or another, wolves still exist in most of BC and are in no danger of extirpation.  Where they do not exist consist mostly of our urban areas where they are not a good fit.  As we are finding out now, three coyotes in Stanley Park can terrorize a million people.

Yes, given the will, we humans do have the ability to abolish wolves from BC, but that is not what 99.9% of our population wishes.

Myth – predator management will be the end of predators.

This was the message delivered by those who opposed BC’s aerial wolf control efforts in the 1990’s.  Still the same message today, still the same myth.

Fact – after 200 years of hunting in BC, wolves are still just as plentiful as they have always been.

Hunters in BC have zero chance of exterminating wolves, even if hunters out number wolves ten to one.  Wolves by their very nature are secretive and not easy to find, let alone hunt.  Although I do not actively hunt or pursue wolves, I can speak from experience.

In over 25 years of living and hunting in the BC Peace country, I can only recall seeing eight wolves, six while hunting, two of which I shot, and two while driving. I am out on the land a lot, likely much more than the average person who buys a hunting license. I also spend a lot of time on the land hiking, photographing and just generally enjoying myself.  I have also seen about fifty more wolves during my working years when flying in low level aircraft, and no, was not hunting.

Myth – the wolf is a very mis-understood animal.

Fact – the wolf is a very much understood animal, especially by those who live, work, and play in the same arena as wolves.

Anti-hunters love to tell stories about how misinformed everyone is about wolves, that if we just learned a bit more about them, we would all understand and would accept them whenever and wherever they occur.

And if you have trouble understanding the passion behind this debate, talk to a rancher or farmer who has watched their livestock be eaten alive by a wolf, or any other predator.  Talk to an outdoors person who spends their time out on the land, about how our big game populations, or as we like to refer to as “prey”, have virtually disappeared over the past two or three decades.

Yet despite our differences, there is one inescapable fact we can all agree upon, “Without Prey, there are no Predators”.

If you have the time, are genuinely interested and wish to understand more about this important topic, please visit Hunter’s for BC – SCI website to view a webinar presentation by Dr Valerius Geist, Professor Emeritus, lifelong researcher and expert on large mammals of North America while he discusses the importance of predator and prey management.