One animal, more than all others that British Columbia is blessed with, embodies our remote and rugged wilderness.  Outside of the outdoors and hunting community, few take the time to learn about or understand, or for that matter, ever see this animal in real life.

BC has plenty of stories about wild animals, yet one seldom hears about our black sheep; the one we can literally call our own.

We hear about grizzly bears, such as Bella Coola’s struggle as its residents try to co-exist peacefully with these great bears, or of the latest encounter that ends badly for an unfortunate wilderness wanderer.

We hear of wolves and southern Vancouver Island comes to mind, with their desire to have wolves live within their communities.

Think of cougars and we hear the same battle over whether they too should be allowed free access in our urban areas.

Moose? We share them with the rest of the northern world.

Black bears?  Somewhere between a skunk and an icon, but like the moose, found around the world. 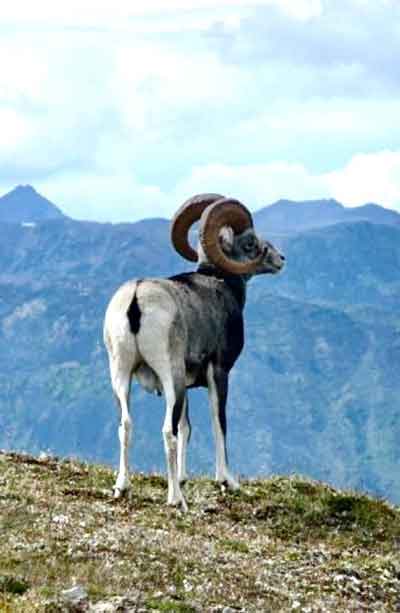 Few other animals come close in stature or prominence that these sheep have on the world stage of wildlife.

In 1896 an American naturalist and outdoorsman, Andrew Jackson Stone set out to find if the stories he had heard about the existence of a “mystical” black bighorn sheep that lived on the far northern mountains of BC was in fact, true.  Financed by The League of American Sportsman and armed with as much camera gear as he could carry, he set out for Telegraph Creek and the “Stickeen” (Stikine) River area in search of these mythical black rams.

Although the indigenous peoples of northern BC and the first trappers and explorers to traverse the mountains knew of these black sheep, the scientific and sporting world did not.  With the help of the people of Telegraph Creek and the Stikine area, Andrew Jackson Stone did find these sheep, harvested, and preserved some specimens and became the first to report of these sheep to the outside world.  From these specimens it was determined that these were not bighorns, but a relative of the other thinhorn sheep, the Dall’s.

His story was published in the Recreation Magazine and was titled “The Great River and the Black Sheep”.  After his account and presentation of specimens, these sheep were then named Ovis Dalli Stonei, or Stone’s Sheep for short.

Contrary to popular belief, the stone sheep’s name did not come from the fact they do look like so many of the “stones” on these mountains, these sheep were named after a person, whose last name just happened to be Stone.

Stone’s sheep are considered a “thinhorn” sheep versus its cousins, the “bighorn” sheep.  Two thinhorn species reside in BC; Stone’s sheep and its lighter coloured or “white” neighbor, the Ovis dalli dalli or Dall’s sheep.  Definitive year to year population statistics are hard to come by, given the remote and inaccessible regions that these sheep live in. 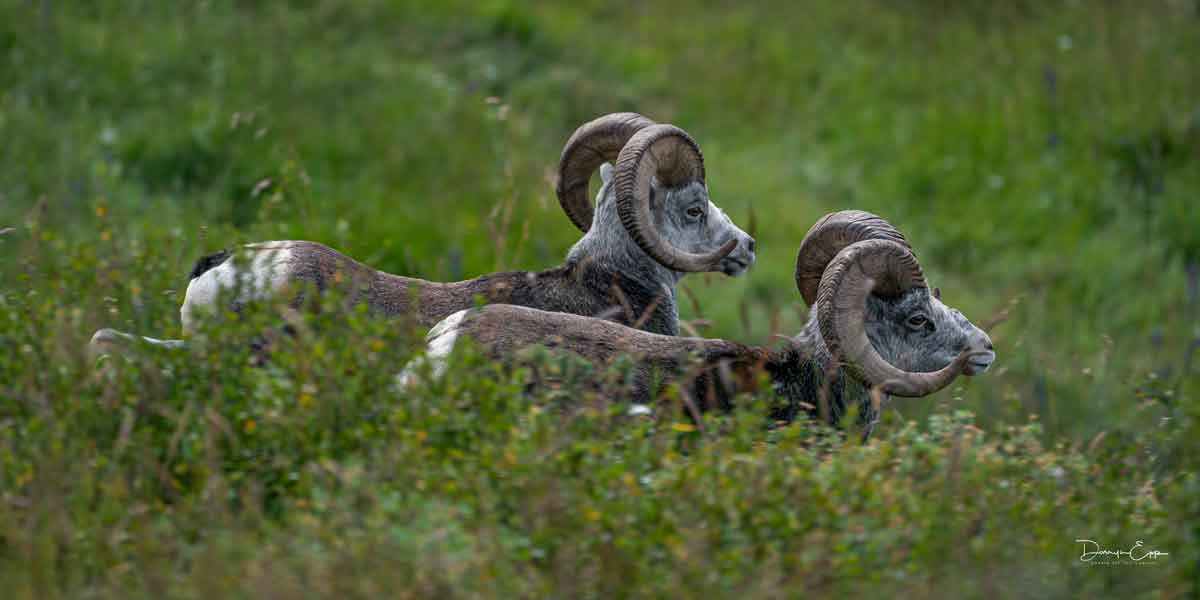 Fact – Stone’s sheep populations are considered stable, with fluctuations due mainly to predation by wolves and bears, and/or long winters combined with well above average snowfalls.  Dall’s sheep populations are also considered to be stable, but due to their low numbers and ranges closer to the coast mountains with their deeper snows, more vulnerable to periodic declines.

Stone’s sheep live across the mountainous regions of northern BC, with most living north of the Peace River and Omineca Plateau.  Although a few do still reside in the mountains south of the Peace near Chetwynd, these sheep’s migration routes were altered when the WAC Bennett Dam was constructed and Williston Lake formed, which then affected their ability to survive the winters on limited ranges.  These few are the closest to the more southerly bighorn populations.

Fact – Stone’s and bighorn sheep ranges do not overlap, but a few individuals have been observed within about 30 miles of each other.

Of the four species of mountain sheep native to North America (Rocky Mountain/California bighorn, Desert bighorn, Stone’s and Dall’s), Stone’s sheep have the smallest population and geographic distribution.  Of the four north American sheep species Stone’s have the greatest range and variety of color, from black to grey to brown, some being partially white and some solid colors.

Generally, BC’s Dall’s sheep are considered to live west of Atlin Lake with Stone’s sheep living to the east.

The debate continues as to whether Stone’s sheep exist in the Yukon, as studies have found that the vast majority of the Yukon’s thinhorn’s DNA is that of Dall’s and not Stone’s. Biologists, hunters, and guide outfitters still debate this ad nauseum, but we will follow the scientific convention that most all Stone’s sheep live in BC, making them very much our own.

For those who drive the Alaska Highway, Stone’s sheep can be seen along the road near Muncho Lake, grazing on right of way grasses and licking residual salt from the past winters ice control.  Other than here, most Stone’s live in the back country, away from human communities, and far from the casual observer.

Fortunately for these sheep most essential habitat still exists in its original condition and has not been affected by human population growth, communities, or major industrial developments.  Preferred sheep habitats are mountain ranges, generally above tree line, and tend to favour open slopes with grasses/shrub cover.

Most of BC’s northern interior mountain regions are considered low snow areas and benefit from the chinook winds which occur regularly throughout the winter.  These winds bring warm temperatures and keep the snow which does fall, to low levels.  Sheep, with their short legs and reliance on grass diets, do not fare well in areas of deep snow.

Stone’s sheep have been and still are, a valued part of BC’s hunting culture.  Indigenous peoples have valued these animals for their meat, hides and horns for centuries, as do hunters of today.

Myth – hunting of mountain sheep is a threat to their population.

Due to the remoteness, BC’s management for Stone’s sheep has been mostly one of leaving them and their habitats alone, letting them fend for themselves.  The one exception has been the historic use of fire to burn off south facing slopes to promote grasses and limit brush competition.  The future of these range burns remains in doubt as government agencies continue to suppress wildfire and limit the use of planned range burns.

Additional measures include keeping domestic sheep away from these mountain ranges as they can/will transmit a disease that is fatal to wild sheep.  Large parts of these northern sheep ranges have been conserved in parks and other forms of protected areas. Industrial development has been prohibited in much of this area.

Regulated hunting is limited to rams that are either over eight years old or have horns that grow in a full curl and extend above their nose (also coincides to most rams requiring seven or eight years to accomplish this horn growth).

The result is an average of about 250 sheep being harvested each year, approximately 60% by resident hunters and 40% by non-residents through guide outfitters, with about 80% of those harvested being greater than 8 years old.

In years past, Stone’s sheep have benefited greatly from predator reduction programs, but these were eventually stopped due to public pressure.  Predictably, as predator control programs ended, predator populations grew, while their prey, including sheep, declined.  More recently, Stone’s sheep have once again benefited from predator control programs aimed at protecting caribou in areas of common.

Despite all the good news, we at Hunter’s for BC – SCI, do have some concerns about the future of our Stone’s sheep, and the importance that this animal has, not just to the people of northern BC, but for many others around the world.

Next week, what is changing, what is ahead for BC’s iconic Stone’s sheep and our world of outdoor enthusiasts and hunters.