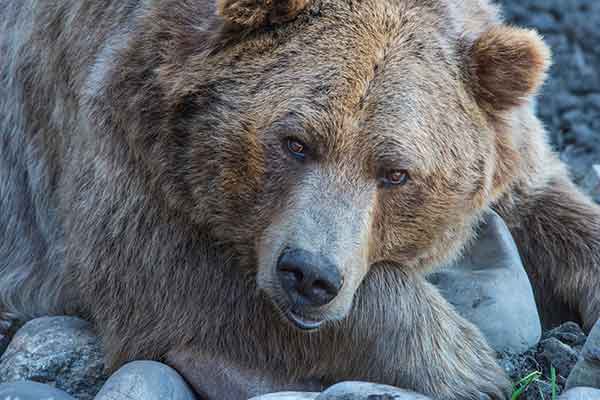 Politics has surpassed sound wildlife management in British Columbia in a policy matter that could tip the legislative scales toward becoming a common method of gaining votes.

While the hunting of the Grizzly Bear can be an emotionally charged method of tapping votes, the viability of the practice is based on science.

Politics over Science is just what happened when the NDP Government banned grizzly bear hunting in the Province of British Columbia in November, 2016.

This effectively closed the door on proven scientific management principles that are at the very core of our BC Wildlife Management and thus opens the door to more political decisions based on garnering votes.

We are in support of Ron Fleming, owner of Love Bros & Lee, a 45-year guide outfitting company outside Smithers, BC, and longtime member of GOABC who initiated the class action proceedings in BC Supreme Court.

We are asking residents of British Columbia to help us send a message to the Provincial Government – POLITICS cannot effectively manage wildlife!

We, as residents & conservationists in British Columbia, join our voice with Ron Fleming.

This is not a question of preventing sport hunting; instead we question the abuse of political individuals efforts to garner votes that flies in the face of science.

If you don’t take a stand against using Wildlife Management to garner votes, the door is wide open for this trend to continue.

As residents, we have no other action available to us to express our concern over politics over science!  Let’s send a loud message!

Support for the Class Action Proceedings will send a clear message from residents in British Columbia….

Visit Bears In BC for Questions & Answers  Fight for the Hunt: Q-and-As

Politics Don’t Manage Wildlife!!  Did You Know the Facts About the Grizzly Bear

“The greatest threat to grizzly bears is not hunting, but rather, human activities that degrade grizzly bear habitat. The ministries have taken action to reduce some of these impacts, but they have not evaluated whether their actions are effective. For other risks, government has taken little action or has been slow to respond. For example, there are 600,000 km of resource roads with on the order of 10,000 km more added each year. This expansion allows greater human access into wilderness areas, which results in increased illegal killing of grizzly bears, and greater human-bear conflicts. Yet, long-promised resource road legislation that could address this risk is not yet in place.

Grizzly bear populations in some areas of B.C. are now increasing. Our report shows this is likely happening independently from an adequate management framework. We have made ten recommendations in this report to improve government’s management of grizzly bears, including a recommendation for government to clarify roles and responsibilities between MoE and MFLNRO. Without such clarity, the improvements necessary will be difficult to achieve.”