In the late 1990s, after several relatively warm winters, a massive Mountain Pine Beetle outbreak resulted in the loss of millions of hectares of pine forest in British Columbia over the next 15 years.

The B.C. government took a range of measures to respond to this outbreak’s effects on forests, communities and industry.

Pennask Summit and Mountain range is located west of Kelowna along the Okanagan Connector (Hwy 97C). This stretch of highway crosses forested uplands of the Thompson Plateau, and contains wildlife management areas within both Region 3 and Region 8 as identified by Ministry of Forests, Lands & Natural Resource Operations (FLNRO).

A diverse assemblage of wildlife exists in the Pennask consisting of large mammals (ungulates and predators), migratory birds and waterfowl, fur-bearing mammals, and amphibians(1). Several ecologically valuable water features are present in the study area, Pennask Lake itself is an important brood lake for rainbow trout.

The ecosystem of the Pennask is subject to many stressors, both natural, and human-caused. In the recent past, widespread natural disturbance in the form of beetle outbreaks has led to a dramatic transformation of the Pennask landscape and wildlife habitat.

From 2004 – 2012, after several warm winters, Mountain pine beetle outbreaks were unprecedented across the region. Mountain pine beetle is the most destructive insect pest in BC’s forests, causing damage in predominantly large, mature pine trees. The epidemic peaked in the Okanagan the summer of 2008, with over 171,000 hectares subject to beetle attack(2). Much of the forest in the proposed project area was subject to widespread beetle impacts.
In response to the beetle outbreak, FLNRO increased the annual allowable cut (AAC), which is the timber volume available for harvest. This enabled the Thompon/Okanagan Regional Forest District to address beetle-infested stands through harvesting which significantly reduced the overall impact of the pine beetle infestation(2).
The road network used to access harvest blocks remains on the landscape, and has led to fragmentation of remaining wildlife habitat, which can disrupt wildlife movement patterns, decrease core habitat areas, and increase wildlife-human interactions. The effects of road density on wildlife are well studied and resulting habitat loss and degradation can have far-reaching impacts on population dynamics, species diversity, and ecosystem function(3). 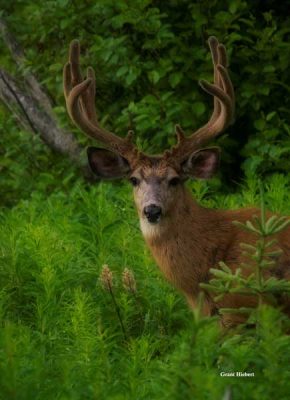 As ungulates, moose and mule deer specifically, are both culturally and ecologically important in the Region, the observed widespread landscape disturbance leads to questions around the suitability of ungulate habitat – what is the current state of the project area with respect to ungulate habitat? And subsequently, if the impacts from certain roads were mitigated, how would that improve the ungulate habitat?
As part of the Strategy to Help Restore Moose Populations in British Columbia, Gorley (3) recommends developing and adopting coordinated access management practices to mitigate the impacts of road access. Factors such as road networks can increase moose vulnerability to predation, hunting, and may reduce availability of effective late winter habitat (4).
Phase 1 – Collaboration and Identifying Key Focus Areas
Phase 2 – Developing Plans for Road Mitigation
Phase 3 – Implementation 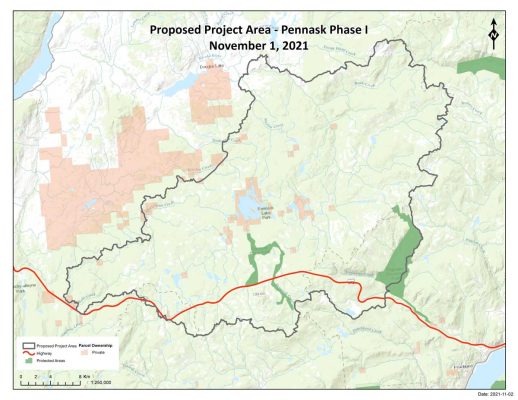 The Pennask Mountain & surrounding area has been identified as high priority wildlife habitat for access management and road deactivation by FLNRO Region 8 wildlife biologists. Moose and mule deer habitat have been identified as valued components (VCs) for this project. These VCs will form the basis for the assessment, but can be considered a proxy for other wildlife habitat. Improvement in moose and mule deer habitat will inadvertently show up as improvements in other habitats (i.e., road mitigation leading to a decreased risk to aquatic ecosystems). 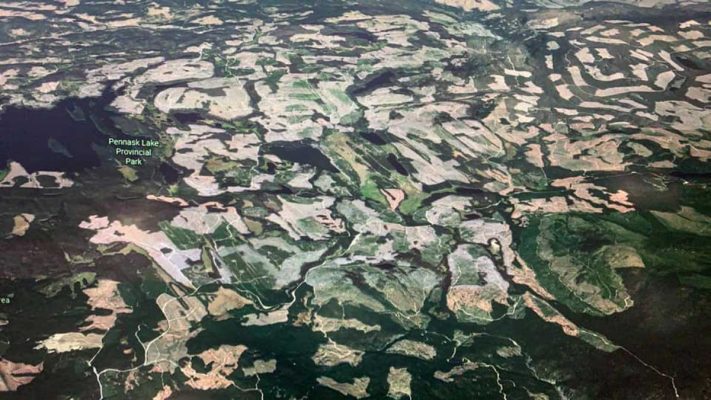 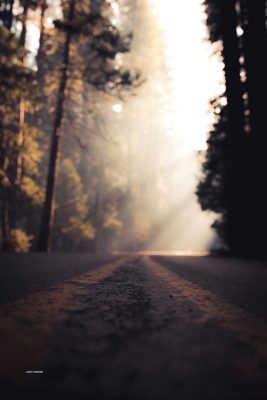 The Pennask Working Group is actively seeking First Nations involvement during Phase 1. We recognize and respect the constitutionally protected rights of Indigenous peoples. Additionally, we place high value on local and traditional knowledge and engagement during this project development. We are commited to actively seeking input for the protection and enhancement of wildlife, land and water during this process.