Prepared by: Hunters for BC – SCI 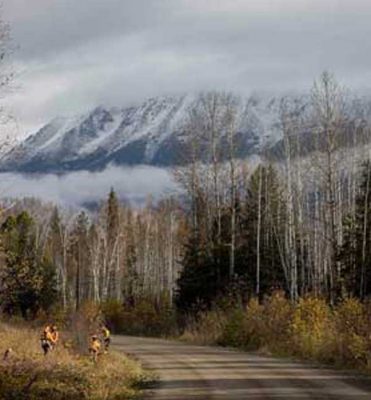 Resource roads are constructed for resource extraction activities such as logging, mining and energy development. These roads create economic benefit for the people of British Columbia and are used for recreation and sustenance activities but they can lead to negative impacts as well. The density of resource roads open to vehicular traffic in British Columbia has grown greatly over the years and is leading to serious negative impacts on wildlife and fish resources in many areas. To address the problems being created, an understanding of the technical issues surrounding resource road development and possible solutions must be explored.

The benefits to having an extensive resource road network are quite obvious to most people. These roads create economic activity for the forest, mining and energy industries. Many people use these same roads for hunting, fishing, hiking, snowmobiling, berry picking, mountain biking and myriad other uses. What is not obvious, though, to many, are the negative impacts these roads can have for wildlife and fish populations. These roads lead to increased wildlife mortality through regulated and non-regulated hunting, habitat fragmentation and increased mobility and success by predators on prey species. Roads can also lead to increased siltation of streams which can negatively impact fish stocks.

The development of resource roads in BC has increased steadily over time. Many roads are constructed for an intended purpose and when that purpose has been fulfilled they are simply left ‘as is’ and no further thought is given to eliminating those which are no longer required. There is no strategy or vision in BC how to eventually reduce the amount of resource roads on the landscape. Until such a strategy is put in place, the negative impacts from roads will continue to increase. 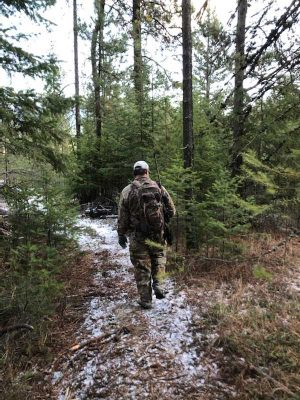 The amount of resource roads in BC and the problems created have started to garner some attention by First Nations, conservationists and environmental groups. Some sources have cited that perhaps 600,000 -700,000 km of resource roads exist and perhaps 10,000 km of new roads are constructed every year. The reality is, though, that nobody knows how many roads exist or how many kilometers are constructed every year. Why is that? The reason is that the majority of roads constructed by the forest industry are constructed under authority of a Site Plan and classed ‘on block’ roads. A Site Plan is a prescription prepared for individual cutblocks or groups of cutblocks. Roads built within these cutblocks do not require any specific application or spatial (‘mapping’) data submission to the Ministry of Forest, Lands, Natural Resource Operations and Rural Development. Only roads constructed under authority of a Road Permit require a specific application accompanied by spatial data. As such, the MoFLNRO&RD have no idea how many roads are being constructed each year.

Not only are the amount of roads being constructed not known, but there is no strategy or plan to eventually reduce the amount of resource roads on the landscape in BC. Many feel that industry will take it upon themselves to eventually reduce the amount of roads once they are finished using them. It must be clear, though, that industry largely benefits from having an extensive road network and reducing the amount of roads potentially may make their work more difficult. Also, the forest companies incur increased operating costs when they deactivate (activities such as water control, pick-up blockage and stream crossing removal) and/or rehabilitate (fully ‘unbuild’ and revegetate roads) non-required roads. It is simply corporate and human nature to put off any costs that are not required. Since these roads are being constructed on Crown land, it is up to the regulating bodies in BC to lead a process that rationalizes how many resource roads are in existence and incentivizes the reduction of roads that are no longer required. 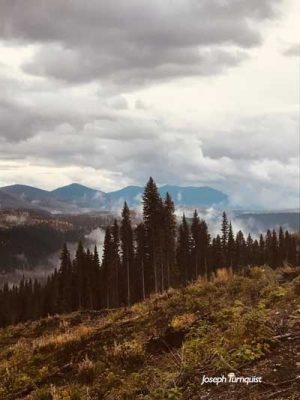 To start creating solutions to reduce the density of resource roads, one must first recognize roads as an environmental ‘liability.’ Only then will there be a process which rationalizes the amount constructed and a plan to eventually remove roads which are no longer needed. If not, the amount of roads will keep growing in perpetuity and the resulting environmental impact will rise accordingly. Other industrial liabilities such as silviculture stocking standards for cutblocks and rehabilitation requirements for mines, for instance, requires security deposits/bonds to be posted. These deposits are only released once the liabilities have been met or adequately mitigated according to the regulating body. Perhaps resource roads need to be viewed in the same light and environmental bonds or security deposits posted?

As touched on above, silviculture liabilities for cutblocks are a legal requirement and forest tenure holders meet these requirements by fulfilling silviculture requirements and then declaring a cutblock ‘free growing.’ This finalizes their contractual obligation for that cutblock, their security deposit is then released and the area reverts to ‘vacant Crown land’ for management by MoFLNRO&RD. The roads constructed on these cutblocks, though, may still be fully driveable with stream crossings in place and no requirement on deactivating or rehabilitating them before releasing the forest tenure holder of obligations for the area. This signifies the lack of thought regarding the liability of roads. Some regulation that requires roads built under a Site Plan be deactivated and/or rehabilitated prior to release of liability for a cutblock would seem to be a logical solution to this problem.

All corporations are sensitive to cost of operation. One of the most significant costs for forest companies in BC is the ‘stumpage’ paid to the Crown for timber harvested. The stumpage appraisal system used in BC uses cost of operation in comparison to value of timber harvested to determine the fees to be paid to the Crown. The costs of operation are largely based on the estimated costs for the ‘average operator.’ Any costs that a corporation incurs that is not incurred by their competitors puts them at a competitive disadvantage. Since road deactivation and rehabilitation activities are not legally required to be conducted, corporations are understandably resistant to conducting such undertakings since they will be put themselves at a competitive disadvantage. This reality is perhaps the single biggest reason that road deactivation and rehabilitation are done to the minimal extent possible by forest companies. There is a fairly simple solution to this problem, though – ensure all costs incurred for road deactivation and rehabilitation are reflected in a forest companies cost of operation. If these costs are captured in the operating costs calculation in determining stumpage to the Crown, the costs become ‘net neutral’ to the company and the corporations would be much more receptive to conducting road deactivation and rehabilitation (ie. any costs incurred for road deactivation lower their fees paid to the Crown by an equal amount). Having a stumpage appraisal system that recognizes the costs associated with managing road density appears to be an obvious step in addressing this issue.

British Columbians have enjoyed the benefit of resource roads for many years. The time has come, though, to recognize that too many roads lead to negative environmental impact. The regulating bodies in BC need to establish a system that rationalizes the amount of drivable roads and regulates or incentivizes the decommissioning of roads that are no longer required for industrial activities.